The digital audio revolution that began in the 1980s taught the music industry that rapid technological development would quickly upset the known limits of the analog world. Compact discs opened the door to longer albums, and digital processing allowed producers to alter not only instruments but vocals as well, adding unprecedented brilliance to their finished products.

The 1990s would prove pivotal for the music industry as analog gave way to digital, affecting every corner of the music world. On the consumer side, cassettes gave way to CDs and eventually MP3s and CD-Rs burned on personal computers. As is well known, the highly controversial advent of file sharing and CD smuggling would definitely upend the industry’s revenue model.

Behind the scenes, an equally important revolution was underway, as analog recording faded amid a series of developments in digital production that would culminate in the computer multitrack entering the studio process towards the end of the decade.

From audiophiles and engineers pissed off by the analog versus digital debate to the musician recording at home without a budget, just about everyone involved in music was affected by the changes that the 1990s brought.

The 1980s saw recording technology become more compact and cheaper to mass-produce, kick-starting a home recording revolution with cassettes that would continue into the 1990s.

In the mid-1990s, these units went digital, eschewing cassettes for hard drive and disc recording. These digital recorders would not appear until the end of the decade, and it would be several more years before computer interfaces and DAWs became ubiquitous in every home studio.

The Line6 POD is worth noting because of its ubiquity in the consumer market. The all-in-one amp simulator and multi-effects unit seemingly revolutionized the stand-alone digital studio overnight by giving players a horde of precise amp sounds, both vintage and modern, in a small box at very low cost.

The device was successful enough to continue in production to the present day, but its legacy arguably lives on in the native effects packs that come standard with today’s DAWs, including , yes, guitar amp simulations.

By the late 1980s, digital multitrack tape recording was improving in fidelity and dynamic range. But the sound quality was still not as refined as with all-analog tape technology and the tape was still tape, vulnerable to damage in handling and storage.

ADAT recording was the band’s last win in the 1990s, with pioneering digital music equipment manufacturer Alesis leading the way. Using a slightly modified version of the VHS videocassette, the S–VHS, the ADAT defied the mediocre standards and high price of digital multitrack recording. Ditto with video recorded on VHS tapes, ADAT encoded signal on S-VHS.

The original ADAT recorders were limited to eight tracks, but up to 16 recorders could be daisy-chained to increase this limit. The ADAT was growing in popularity around the same time computer technology was improving, but its lower cost meant it had power until DAWs became cheap enough to achieve ubiquity.

The most famous albums recorded on ADAT, a medium that practically lived and died in the 1990s, are also albums that wouldn’t make much sense in another decade: Primus’ 1993 album pork soda and Alanis Morissette’s 1995 album Little shredded pill.

The Rise of Pro Tools

Sound Tools, the precursor to Pro Tools, was introduced at NAMM in 1989. Sound Tools was a workstation running Sound Designer II software and laid the foundation for contemporary digital audio workstations (or DAWs) with two available tracks for recording. Previously, existing software limited recording to a single track.

Two years later, in 1991, Sound Tools would evolve into the Pro Tools software platform, the first true DAW. Slowly Pro Tools crept into the studio, not as a revolutionary new platform, but as a new tool in the production process. 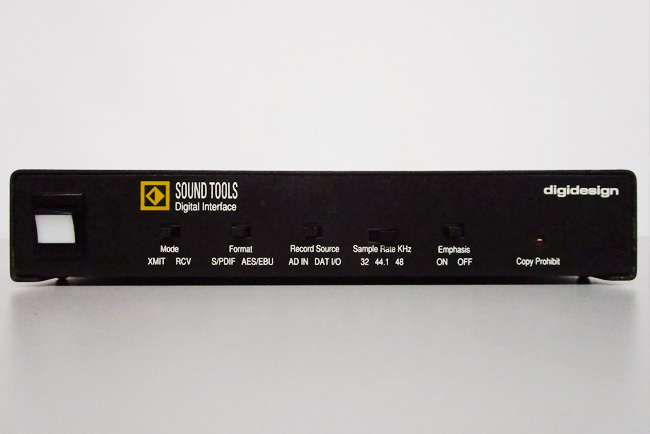 Terry Manning, a legendary producer and engineer who worked with ZZ Top, Aretha Franklin, Iron Maiden and Stax Records, remembers how he first incorporated computer recording into his process.

“I took a hybrid approach and used the Pro Tools systems as I would a tape recorder, recording through analog and outboard preamps to PT multitrack, then playing track by track into the analog console for mixing. so I was recording digitally, but with analog gear, and mixing across the office on ½” tape.

Pro Tools came into its own in 1995 when producer Butch Vig of the illustrious Smart Studios used the platform extensively while making his own band’s debut album, Garbage. While Pro Tools was used as an innovation tool on Beck’s 1996 album Odelay and Björk’s 1997 album Homogeneousthe first No. 1 single produced in Pro Tools was Ricky Martin’s hungry earworm, “Livin’ La Vida Loca.” 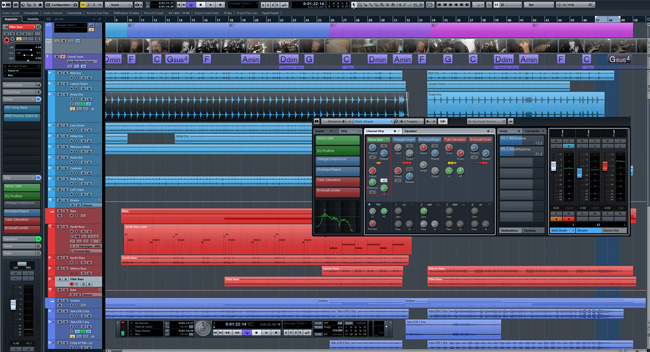 Terry Manning recalls, “I increased my capabilities to 4 tracks as soon as it became available, and started syncing the Pro Tools system with my 24/32 track machines, just to get a few extra tracks! Then the number of tracks increased rapidly. It seemed to happen almost overnight, not 10-20 years like I had assumed!”

Although Pro Tools was the first to bring the studio to the computer, Steinberg perfected the DAW GUI design with Cubase. The layout of this program would help it become extremely popular, resulting in widespread use from professional studios to amateur studios. Towards the end of the decade, DAWs were being used to house and control hardware, rather than simply being used as an accessory in an otherwise hardware process.

Digital mixers allowed DAWs to automate faders, meaning engineers no longer depended on the band and studio janitor to push faders during a mix. 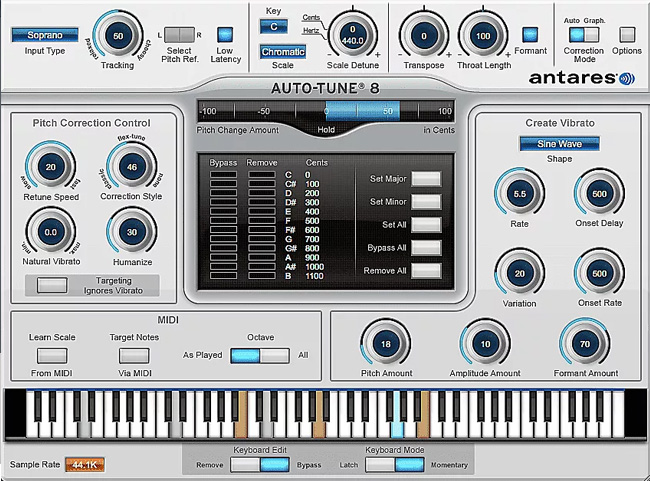 Digital power would give producers and musicians more opportunities than just mixing to get ambitious with production. DAWs could interface with and optionally house digital instrument and effect plug-ins that were both simulations of extended hardware and innovative, powerful new tools.

A prime example of the latter is the Antares Auto-Tune audio processor, which debuted in the 1990s as an external unit. It’s the effect that, while designed to fix slight pitch imperfections, would achieve ubiquity in its bizarre android vocal manipulation in this millennium, first used by Cher on her 1998 hit, “Believe.”

Mastering has been the site of one of the most important revolutions brought about by digital audio. With vinyl records, there was an upper limit on the volume of a recording. If overpowered too hard, the record would jerk the needle and disrupt playback.

The volume wouldn’t affect CD playback, and the medium also had a clear maximum amplitude. Therefore, CDs could be overpowered much louder. Mastering engineers used brick wall limiters to anticipate dynamic range differences in recordings by pushing its levels to the ceiling.

Compression has been applied generously to suppress volume peaks and boost lower levels, creating the impression of higher overall volume.

This was the start of what some would call “The Sound War”. The producers claimed the bigwigs responded best to what they perceived to be the loudest mix, so armed with their brick wall limiters and peak analyzers, the producers cram in as much action as they could in a single waveform.

Compression would become one of the enduring legacies of the 1990s in audio, and not just through mastering. The MP3 file was known for its low quality compression. As it became ubiquitous in the 2000s, so did digital low fidelity. Today, streamed and downloaded audio enjoys higher fidelity despite equally heavy digital compression, but some platforms like YouTube offer sound similar in quality to early MP3s.

Main photo of The history of smart studios

Matt williamson | Associated press MCCOMB, Miss. – Working from his small studio in McComb, Antonio “Tony T.” Turner is the mastermind behind the music of some of the hottest southern soul artists who fill theaters by thousands and collect downloads and audio streams by the millions. The turner runs Vigor records, which has a […]

Image Credit: Apple Apple’s redesigned 14- and 16-inch MacBook Pros with the new M1 Pro and M1 Max are Apple’s most powerful laptops. Apple first announced its transition from Intel to its own silicon Macs at WWDC 2020. Their first three products with the M1 chip were the Mac mini, MacBook Air and MacBook Pro, […]

Music production studio in a box

[Emil Smith] is an electronic music producer in the Greater London area. He spent a lot of time coming and going from central London so he decided to set up COVERT-19, a portable music production studio. After making a few prototypes, [Emil] settled on what he needed from his portable studio: a sampler, sequencer, synthesizer, […]